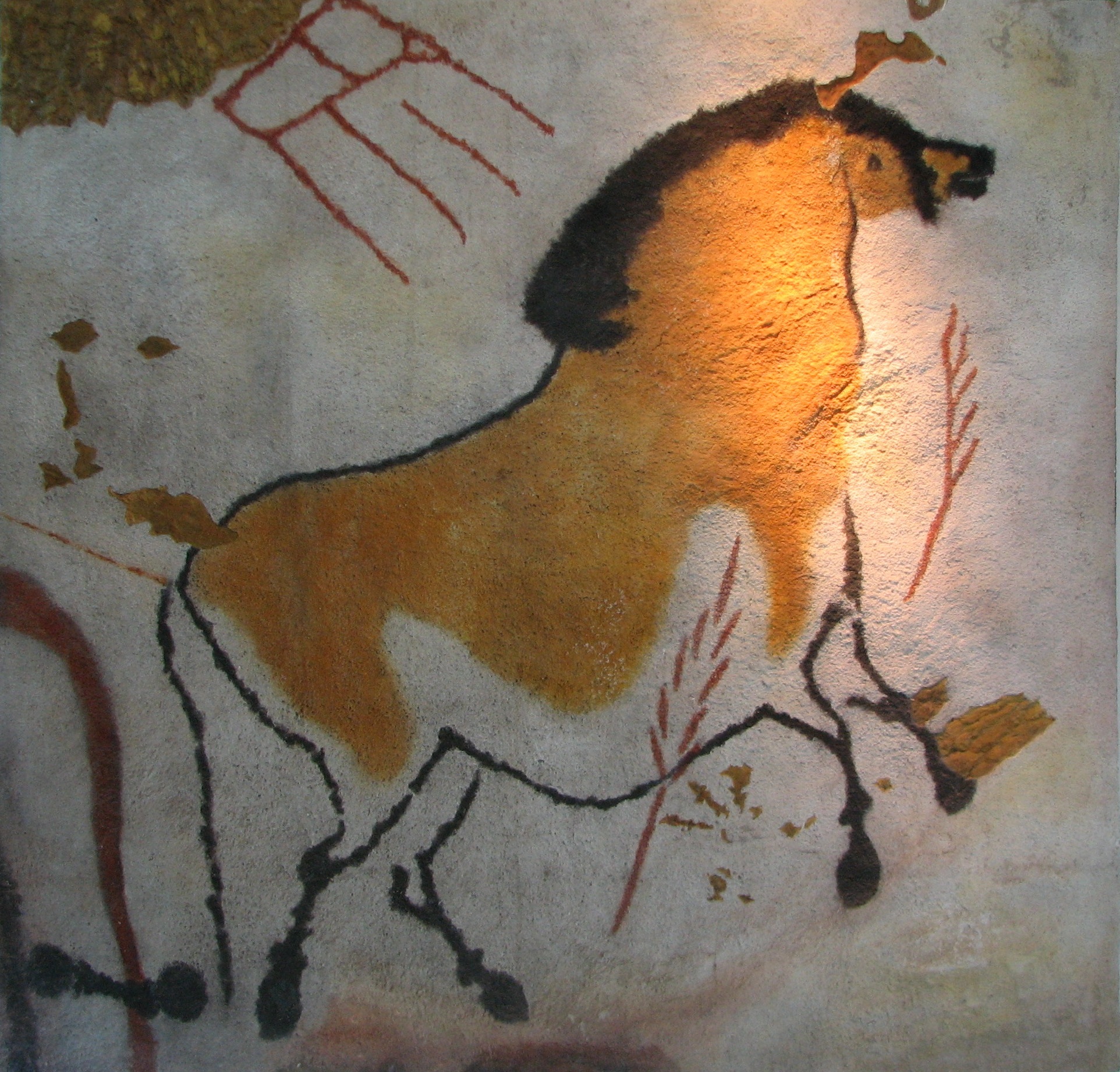 Painting is one of the classical genres of the fine arts. In essence, the painting describes the application of wet paint using brush, spatula or other tools on any surface. Mostly it is a canvas or a piece of paper. But you can also paint on glass, wood, walls, boards or ceramics.
The first underground, which was allowed to serve for artistic development, was not a canvas, but the cozy cave wall of some of our early ancestors.

The oldest evidence of painting has been found in France. The murals in the Lascaux Cave in southern France show cattle, deer and horses. They date from the last Ice Age and the Upper Paleolithic (the most recent period of the Eurasian Paleolithic) and are between 10,000 and 35,000 years old. The oldest motifs, which the artistically talented man thus considered to be immortal, were the animals of his environment.
Later in ancient times, especially in the cultures of the Ancient Near East, murals were also widely used. The best known are probably the murals of Egyptian pharaohs, as well as the painting of their sarcophagi.
In ancient Greece, the writer Philostratos even went so far as to call painting an invention of the gods and placed its value above that of sculpture. During this time wood, stone, clay or stucco were used as the image carrier. Not only the walls of the living rooms and temples were painted, but also vases and amphorae. On them mostly gods or demigods and their exploits were depicted and decorated with geometric patterns.
In the Middle Ages, book illumination dominated. Since even before the invention of book printing, all books had to be hand-written and duplicated, each book was a little treasure, and so they made a lot of effort with pictures and illustrations.
Later, in Europe, until the modern era, paintings were mainly commissioned by representatives of the church, which is why their motives were predominantly religiously shaped and so were diligently painted the walls of churches and monasteries and adorned church choirs and devotional chapels with altarpieces.
Portrait, genre, landscape and still lifes were added only in the late Middle Ages and the Renaissance.
In the Renaissance and Baroque, painting, especially the techniques of oil painting was developed sustainably. Also, knowledge of anatomy in human representation and perspective in painting were used.
Important representatives of this further developed painting were Jan van Eyck, Albrecht Dürer, Titian, Raffael da Urbino, Michelangelo Buonarroti and of course Leonardo da Vinci.
With the emergence of photography, painting had to face new challenges and tasks, gradually removing itself from the lifelike image of the chosen motifs and, over time, it developed painting styles such as Fauvism, Cubism, Dadaism, Surrealism, the Russian avant-garde, expressionism, new objectivity, futurism, constructivism or tachism.